Julia Bullock: A Chantress Across the Ages

Fresh from her Boston Symphony Orchestra debut and San Francisco Opera debut earlier this season, soprano Julia Bullock is the opera world's rising star. Having grown up listening to Pink Floyd and Jimi Hendrix, this Juilliard graduate deftly delivers fresh, impassioned perspectives to both Mozart and Billie Holiday. Between preforming in New York and preparing for her upcoming Boston recital, Julia took some time to talk to us about discipline, storytelling, and why she doesn't want to be thought of as a crossover artist.

END_OF_DOCUMENT_TOKEN_TO_BE_REPLACED

Much Ado About Gender

If you’re anything like me, the words thou, thine, and thither immediately make your palms sweat, thinking of deciphering the iambic pentameter cadence of William Shakespeare in high school. My brain immediately shuts down thinking of men in tights and women in corsets so tight, they’d make Photoshop jealous. I never understood why such antiquated wording elicited the reverence of the academic community. Shakespeare was like a literary Emperor’s New Clothes to me. My suspicion that I was not the only one like this were recently confirmed when I sat down to talk with Christopher Edwards, the recently appointed Artistic Director for Actors' Shakespeare Project.

END_OF_DOCUMENT_TOKEN_TO_BE_REPLACED

Aimee Doherty: The Toast of Mayfair (and Boston)!

Known for her excellent work with nearly every theater company in town, Aimee Doherty is currently taking center stage in her fifth (!) turn as Sally Bowles in Cabaret. In between shows on a two-show Saturday, she sat down with me to talk Sally (the character and the dog), being very excited in a garden center, her Rent the Runway habit, and her upcoming Boston Pops debut.

END_OF_DOCUMENT_TOKEN_TO_BE_REPLACED 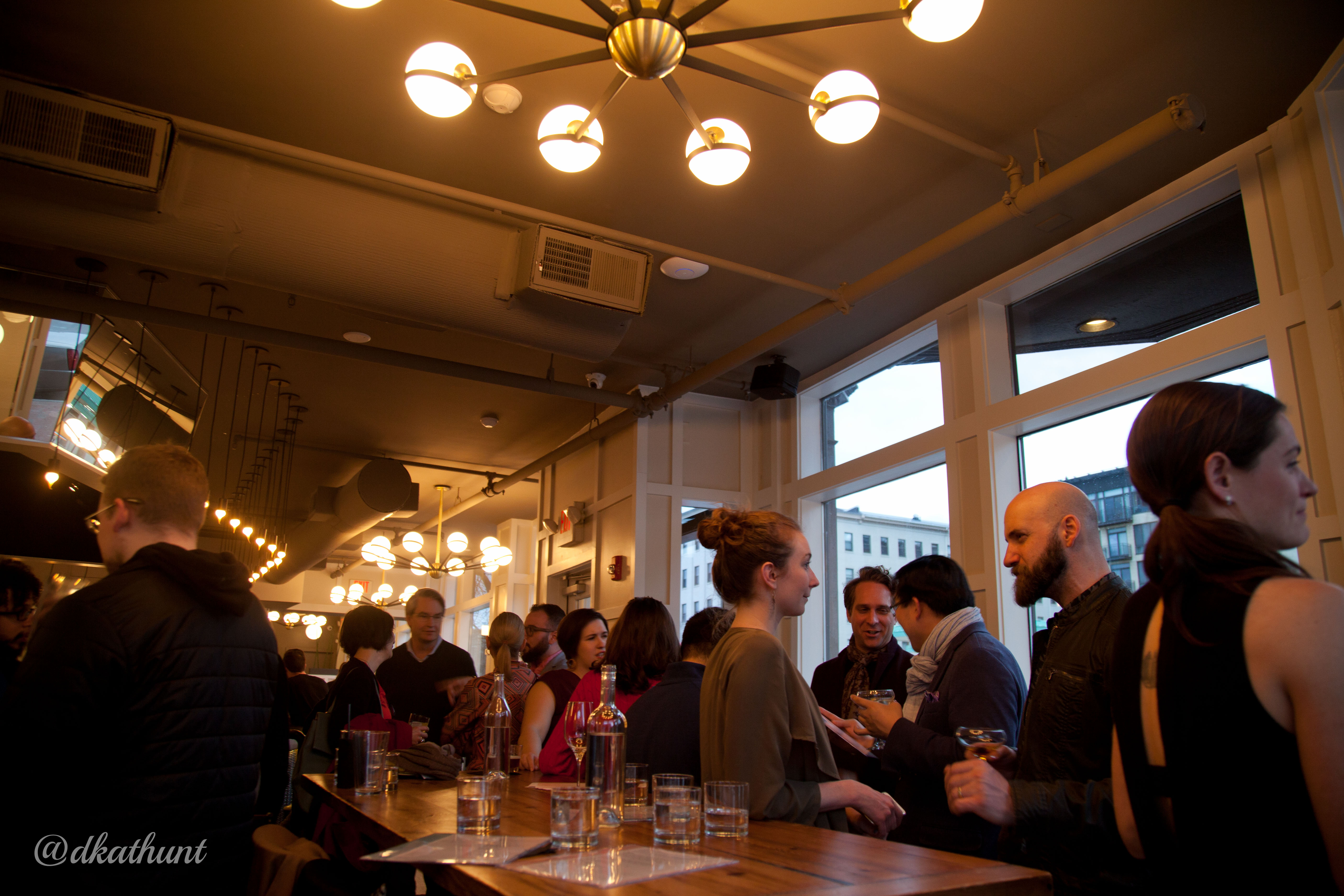 We had a great time at Opus Affair on Tuesday. Thanks to MIDA for hosting us and to everyone who came out and joined the fun!

END_OF_DOCUMENT_TOKEN_TO_BE_REPLACED

When you think of an artist, you might think of musicians or painters or dancers who live and breathe their craft and only their craft. I'm sure we're all familiar with the romantic story of artists who live and die by their craft. Maybe you think of an impoverished Van Gogh who was forced to eat his paints or maybe you think of Kafka who quit his job as an insurance officer to have more time to write. Today the modern artist must be a one-person cooperation, both a savvy businessperson and marketing executive. In a society that's increasingly moving towards self-starting and publication, an artist must think of more than just their craft.

Matthew Szymanski, founder and Music Director of Phoenix Orchestra, sat down with us to talk about building an orchestra from it's brand up. In building Phoenix, the former euphonium player turned conductor has had to strip away all of the traditional trimmings of a classical music concert and learn how to run a business while the orchestral world upside down.

END_OF_DOCUMENT_TOKEN_TO_BE_REPLACED

When I was a kid, my grandmother used to put on records of her favorite Mozart piano concerto or favorite Haydn symphonies. Occasionally, during rainy days, on would slip some Beethoven or even Brahms. Growing up, classical music (the title I gave to all music that didn’t have a rock beat or any music that had a soothing, vaguely soporific effect—yeah, I’m even looking at you, Enya!) was meant to be enjoyed in the background. It was meant to accompany your day to day activities, blending in seamlessly with cooking or doing the Sunday morning crossword. Mozart somehow softened the blow that I didn’t know 27 across: "Literary pseudonym (four letters)." Fast forward many, but not too many, years later and I’m a professional musician acting as an air siren. Behind me is a snare drum playing a crescendo that is supposed to be become “unbearable.” Literally. In his part he is literally asked to play louder and louder until the volume becomes unbearable. What is going on here?