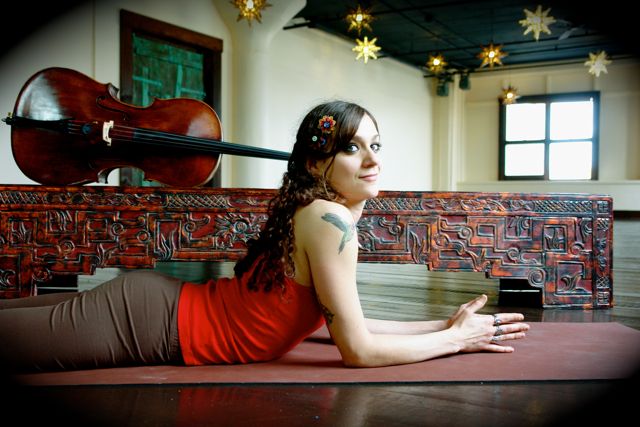 This week, Opus Affair caught up with cellist/aerialist/yogi extraordinaire Rachel Barringer. Originally from LA, Rachel moved to Boston to study cello at the Longy School of Music. Now, eleven years later, Rachel plays in the Sonic Liberation Players, a chamber orchestra specializes in 21st-century music; teaches aerials and flexibility at the Commonwealth Circus Center; and performs with the Boston Circus Guild. Rachel will be performing as part of the Boston Circus Guild with Symphony Nova on March 16 and will be teaching yoga at the Detox/Retox AcousticaElectronica Yoga Mashup on April 6 at OBERON.