Building a Bridge Instead of a Wall 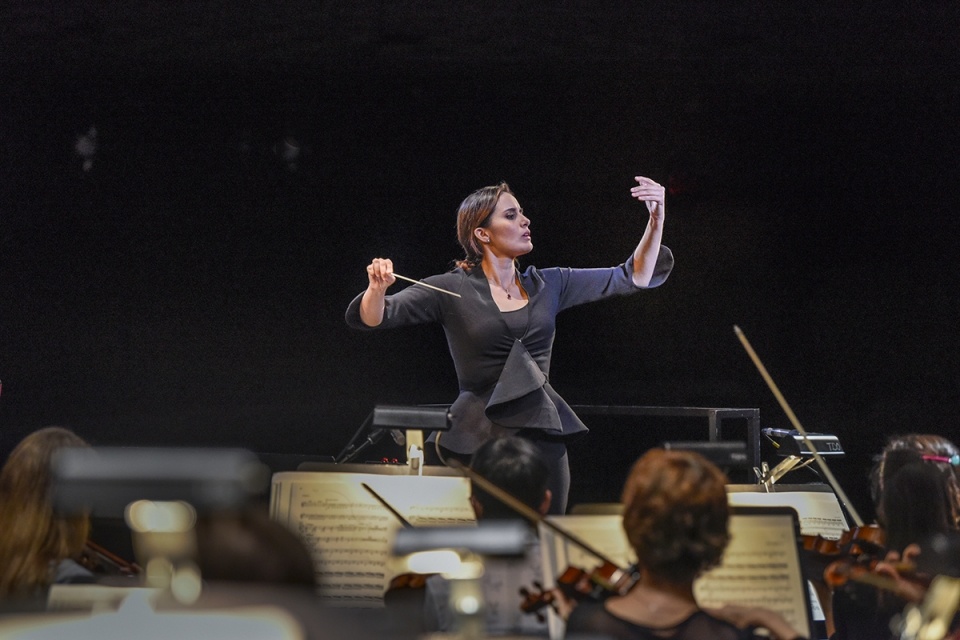 What do musicians do if they’re extroverts? When your profession requires you to be alone roughly eight hours a day, how does an extrovert not go crazy? For Lina Gonzales-Granados, the solution came in the form of becoming a conductor. Originally a pianist, the Columbian-born conductor realized at a very young age that she needed to be around people so she looked for the musical profession that involved the most amount of people and she found conducting.

Lina Gonzales-Granados was born and raised in Columbia and moved to America in 2012 to receive her Master’s of Music in conducting from New England Conservatory and is now completing her Doctor of Musical Arts degrees at Boston University. Upon her move to Boston, Gonzales-Granados realized that there was a distinct lack of Latin American music being played around the city. Her solution? Get some top-tier musicians together and create an orchestra dedicated to bringing high-quality Latin American music to Boston and empower the Latinx community. Around this idea, Unitas Ensemble was born.

Unitas was founded in 2014, right after your move to Boston, what was the impetus to start Unitas?

I moved to Boston in 2012 but for the year before that I was actually in New York City and working with a Latin American orchestra. I loved the repertoire and I was incredibly enamored with the music, which was totally necessary to me and to New York City. Then I came here to Boston, and for as much music as was being played, there was nothing Latin American and I felt like there needed to be something. I’m Latin American and I felt isolated. In a city like this which has a huge Latin American population, there was no Latin American music! So I thought, “How can I build that bridge in a city that’s so canon-oriented?” I was at New England Conservatory with my now-husband and he asked me what my dream was. If I could do anything, what would it be?

I know some people would say that it was to conduct the Berlin Philharmonic, others would say that they wanted to conduct a specific pieces, but mine was that I wanted to be my own boss. I wanted to be a creator, and what do you do when you live in a city that has so many orchestras? Well, you try to find something that is a little different, and that’s how Unitas was born!

Tell me about your next concert: Mujeres—Raíces:

Yes, our whole season has focused on women composers and so this is the last concert of that series and season. Mujeres means women and raíces means roots. 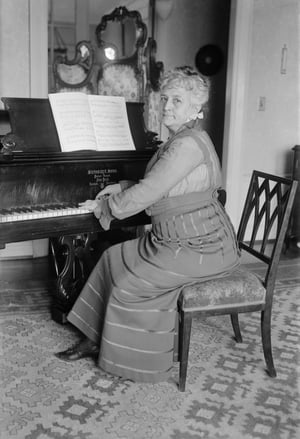 This is the North American premiere of Teresa Carreño’s Serenade for Strings, what is it like premiering a work?

The Serenade is really special because the composer is dead. Teresa Carreño is one of the most famous pianists of Latin America, she was actually the very first pianist to ever play in the White House. She was huge deal in New York and she had composing as an outlet but her compositions never took off. The first time the Serenade was ever performed was in 2015—and it was composed in 1895! I found this piece and then I realized that we were actually doing the North American premiere! This is a huge deal for us being able to rescue all of these pieces, it’s a premiere that was long overdue.

Unfortunately, though, this is a reality for women. I don’t want to sound cliché, but now women are finally getting more opportunity and more visibility, and hopefully every artistic director is doing their due diligence in making women composers equal. New music is really important, but what about those pieces that nobody has heard? That’s my life with Unitas. Some of these composers are famous in Latin America but nobody has heard them in Boston!

What else is on the May 11 program?

We have a piece called Indigena by Tania León. Tania León was born in Cuba and now teaches  at Queens College and she’s a really important composer. She’s played at with Gewandhaus Orchestra in Leipzig, so she’s very well established. This piece is really "out-there contemporary." It portrays an indigenous scene with a lot of imagery.

In general, the concept of this concert is Mujeres—Raíces which means roots and so every piece has a different approach of roots of every composer. So for instance, Leyendas is a five-movement string piece and each movement is based on a different Peruvian indigenous dance. Then there’s Titania’s Lullaby which is based on text sonnets by Shakespeare because the composer is the composer-in-residence of the theater where Shakespeare used to do his premieres. Titania’s Lullaby is an adaptation for our ensemble and it’s also with Portuguese guitar.

Yes, quite a bit! In Latin America, there’s no tradition. With that there’s something really positive in not having tradition because—for example, you go to Europe, and in Europe Mozart is part of their DNA, it's their own music so the Mozartean tradition was born there. You come here to the states and tradition was made for the longest time. Latin America, however, is way newer in a sense, so we don’t have tradition, per se. We don’t have a canon. We play it but it all comes fresher, it sounds a little more spontaneous.

So like if a Latin American orchestra was to play Beethoven 5, they’d have a fresh take on it, because it isn’t so ingrained in their culture?

Exactly! I’m not saying that one is positive and the other is negative. Take the Simon Bolivar Orchestra: it will never sound like Vienna, but it sounds really good because it sounds authentic. For us, it’s a little more empirical but at the same time this has also been changing a lot in the last ten years because we’re coming to school in North America and Europe. It is a tradition being born and made.

I think we are a culture that is yearning to be known and to be understood at the same level of other cultures. We are trying to build a bridge between our cultures because we are neighbors and your tastes will never be enriched if you don’t try something different.