Julia Bullock: A Chantress Across the Ages 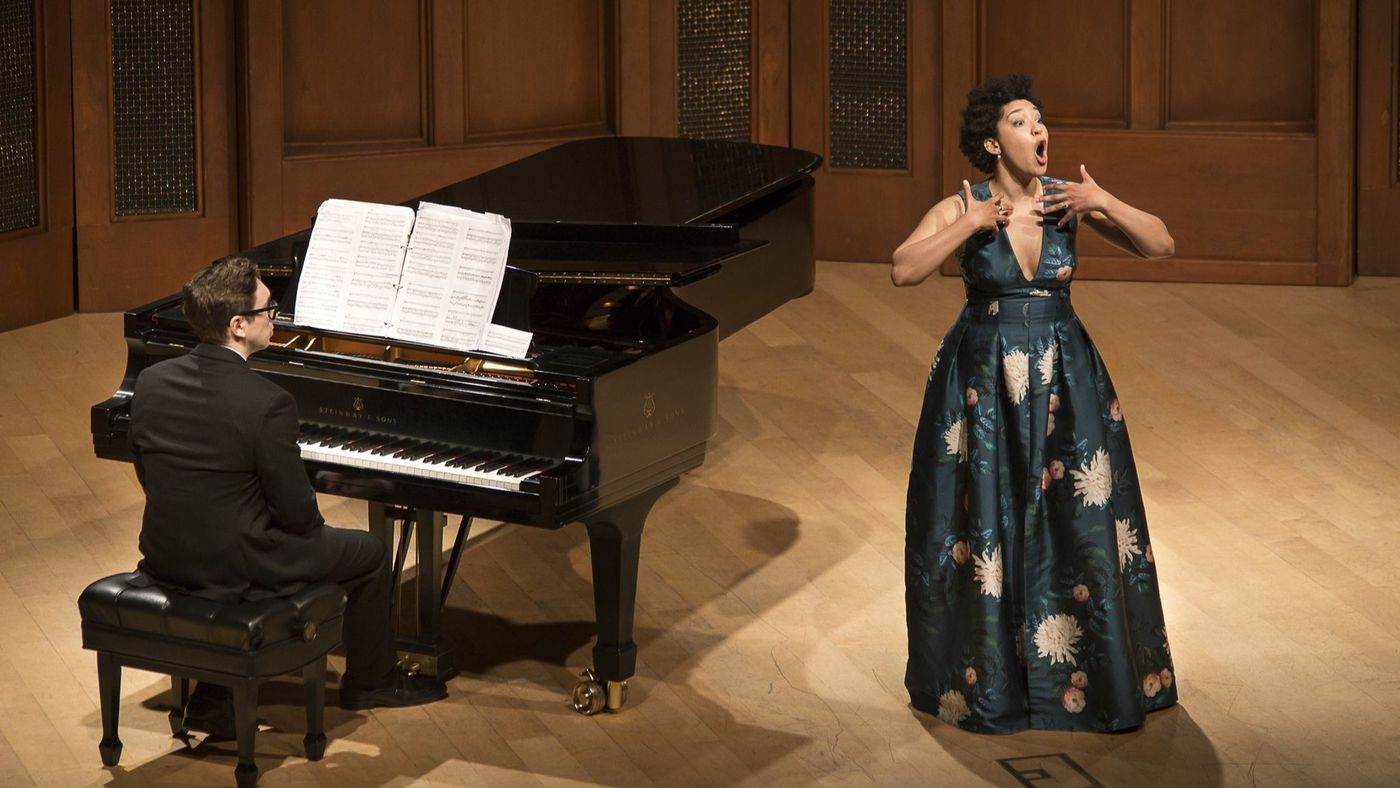 Fresh from her Boston Symphony Orchestra debut and San Francisco Opera debut earlier this season, soprano Julia Bullock is the opera world's rising star. Having grown up listening to Pink Floyd and Jimi Hendrix, this Juilliard graduate deftly delivers fresh, impassioned perspectives to both Mozart and Billie Holiday. Between preforming in New York and preparing for her upcoming Boston recital, Julia took some time to talk to us about discipline, storytelling, and why she doesn't want to be thought of as a crossover artist.

Could you just give me a brief description of your journey from listening to psychedelic rock and blues to opera? Were you studying sining before you started studying classical music? How did you make the transition? Was there an aria or opera in particular that created that 'moment of realization'?

From Jimi Hendrix and Pink Floyd, to Billie Holiday and Janis Joplin (ok she’s a bit more rock ‘n roll), to Régine Crespin and Lorraine Hunt Lieberson? (I was listening to Patsy Cline a lot during that time as well.) It’s just that all of these voices were unique, committed, articulate, and rocked me from deep within.  I was planning to go into musical theater when I began taking voice lessons, because it let me use all of my “talents.” I wanted to sing AND dance AND act. I just hadn’t put together (and no one had really helped me understand) that regardless of the performance medium, you’ve got to be highly attuned and conscious of the sounds you make, the way you move, and way you deliver, because each influences the other and helps to clearly embody the material that you are so wanting to have registered and received by the individuals in front of you.

My voice teacher wanted me to work on an aria, “Batti batti,” from Mozart’s Don Giovanni. (And I had sung a few other classical pieces with some other teachers like early songs of Fauré, Debussy, and short Italian arias.) I liked the material, but wasn’t STRUCK by it yet. My dad heard me singing these things around the house, and just began giving me recordings. You’d have to ask him, but I think his thinking was, if she ever wants to do this, she needs to know what’s out there.

First, I was just utterly taken with the sounds of Crespin’s album of French art song and orchestral literature. Then my dad gave me the Peter Sellars production of Handel’s Theodora as a part of his, “exposure to classical music,” crash course. When Lorraine Hunt Lieberson came on the 24 inch screen TV in my parent’s family room, my eyes and ears and body all lit up. It was real. It was true. It was human. There was a calm intensity emanating from her. Everything she offered was devoted to delivering the messages of the music and the words. I was so taken aback. She took my breath away that day, and the medium of staged classical music began to make sense.  I then watched Kiri Te Kanawa and Frederica von Stade in their Glyndbourne performances of Le nozze di Figaro. The SAME things struck me. And it was interesting in those performances, because I could see the difference between those who were igniting a strong reaction in me and those who were simply singing with a nice tone.

The teacher I had at that time suggested that I audition for Artists-In-Training at Opera Theater of St. Louis, because they would cover the cost of my lessons and coachings. I did, and got in, and I began to study and listen with greater and greater attention.


How do you treat songs that are outside of arias and art songs, for instance do you approach Billie Holiday differently than Schubert?

No. I prepare all of the material with the same respect, consideration and method. Seeing the structure of the lyrics, independent of the musical setting, helps me dive into the material and appreciate the composition and thoughtfulness of the musical setting more immediately. And in terms of the vocalism, I don’t consciously alter my voice to sing any song; I’m simply trying to release it.

I don’t like the word crossover, and I do not want anyone to think of me as a crossover artist. Just like any other field, you can be influenced by various styles and sort of pull on inspiration from a lot of places, but crossover implies that trying to sell one version of yourself in a style that hasn’t been studied or understood. So it comes off as inauthentic, because if you don’t commit to the source material, then it comes off as shallow, cheap, and superficial;  no matter how “emotional.”

How have audiences and concert presenters been receiving more popular music like Nina Simone, is it a hard sell or are people generally enthusiastic?

They seem to be digging it. 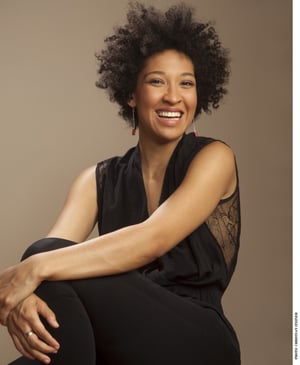 What goes into crafting a recital for a program? Are you trying to tell the audience a story through the arc of the program or are you finding pieces that you love and want to share with the audience?

All of the above. But it’s not so much storytelling, because not every song is trying to tell a story, more often these poems are emotional or psychological moments encapsulated and expanded upon. There are themes that I notice that link songs and song cycles that I want to share with people, because it interests me. But I can’t and won’t force anyone into a pre-constructed or imposed narrative. Everyone’s mind needs to be given space to wonder and find their own connections.

You talk about discipline and being your own teacher and taking responsibility for your success and that’s absolutely applicable to anybody trying to become successful, but what are some tricks that you’ve discovered to get yourself focused and productive even when you aren’t in the mood to be? With being so busy, how have you taught yourself to be more efficient?

Tricks and efficiency.... well, my schedule keeps me pretty much in-line, and working almost non-stop. (I will be taking a scheduled break at some point!)

Generally, I have a standard and a vision of what I want to accomplish (recalling those remarkable performances I mentioned before: I want to deliver THAT kind of work all of the time).  I often do not “hit it.” I’ll have moments, but it’s not always consistent and at this point, it’s certainly not a given. There were times in the past when I have felt, oh gosh, I won’t be able to deliver tonight because I’m not inspired. Well, luckily “inspiration,” doesn’t really work like that. You can be wiped out mentally and even physically, but once you get your body coordinated, primed, warm and free, the mind then has the space to soar and express itself openly. And that’s what technique is.

The discipline is reminding myself (even on the days with I am the most withdrawn): You have a job to do and you want to do it in particular way. I respect that you are tired and feeling depressed and distracted, but get out those technical tools in order to get your body ready, so your most conscious and capable self can say what it needs to say. (I guess that “self,” is the soul in a sense...)

Technique and discipline are there to serve the body and soul.

What is your dream role?

If I could do a chamber work version of Strauss’ Salome, I would in a HEARTBEAT.

Julia performs on May 2 at 8 pm at the Longy School of Music, click here to learn more (and buy tickets)!