Much Ado About Gender 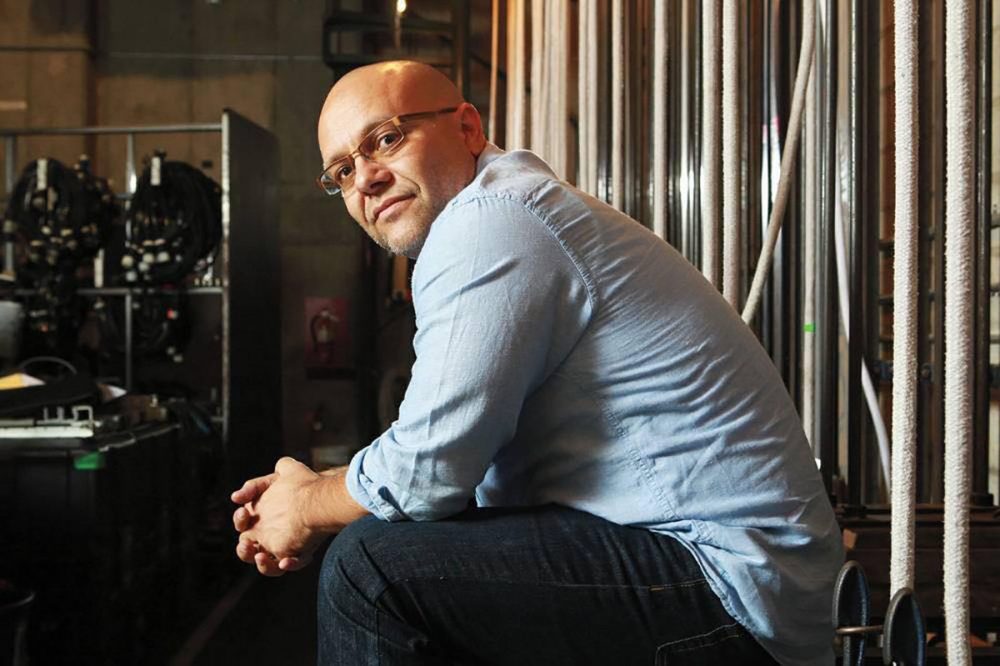 If you’re anything like me, the words thou, thine, and thither immediately make your palms sweat, thinking of deciphering the iambic pentameter cadence of William Shakespeare in high school. My brain immediately shuts down thinking of men in tights and women in corsets so tight, they’d make Photoshop jealous. I never understood why such antiquated wording elicited the reverence of the academic community. Shakespeare was like a literary Emperor’s New Clothes to me. My suspicion that I was not the only one like this were recently confirmed when I sat down to talk with Christopher Edwards, the recently appointed Artistic Director for Actors' Shakespeare Project.

Growing up, theater was never even on Edwards’ radar until his junior year of college when he decided to take an acting class to give him an edge on public speaking in his quest to become a lawyer. Pretty soon, Edwards realized that the only class that he looked forward to in college was his theater class so he was off to graduate school to pursue his new-found passion for acting. It wasn’t until a few years out of graduate school and living in New York City, that Edwards found himself repeatedly being cast in Shakespearean plays. Ironically enough, up until that point Edwards really had no interest in Shakespeare:

"I wasn’t at all interested in Shakespeare! Oh not at all! Not at all! As a matter of fact, I actually thought Shakespeare was overrated and elitist and non-inclusive. I think because I had that feeling about it—that I’ve never really had a reverence for Shakespeare, but I’m reverential about language and how it’s used and how it can be played with—I got cast a lot because I was pretty good at making it sound like it was coming from a real place. I made the text sound like real words coming from a real person, not words recited by a person. I would say to some extent that’s still a part of who I am as an actor when it comes to Shakespeare but I’m also drawn to actors who can make it sound like its real language from an organic place."

In fact, it’s this dedication to Shakespeare’s ideas and intentions combined with being able to highlight what makes four-hundred year old texts relevant, so accessible and compelling:

"I think what’s great about Shakespeare is that it’s infinitely interpretable. Shaw and O’Neil speak specifically to a very specific time and a very specific cultural aspect, but with Shakespeare the scope of the play is about kings and paupers and middle class people, and I think that’s interpretable to a lot of different cultures. Because there’s so much in there, it’s interpretable across many different themes. For example: you can do Hamlet and just focus on action or inactivity and you still have a version of the play. You could do a version of Hamlet and focus on the domestic drama between the mother, the father, the uncle, and Hamlet and still have a full experience of the play because there’s so much in his plays." 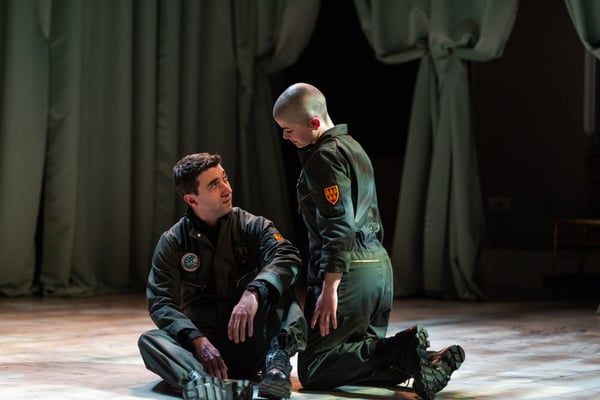 This fresh outlook gives Edwards’ plays a fresh feel that forces the audience to confront their own views. Edwards casts his characters in gender changing roles and has them singing Beyonce, not as schtick, but as a way to show that Shakespeare is able to speak to everyone, that the issues he wrote about in 1605 are very much still applicable today.

"With the gender change in roles, I think it gives us a perspective to the world that we’re in now. Whenever I do a play, and in particular a Shakespeare play, I always ask myself, “How is this play relevant to where we are? How does this play speak to the time we’re in?” I think that’s what Shakespeare was doing because if you look at his plays, they were performed in Elizabethan times and there were plays about the Greeks and there were plays about the Romans or plays set in Italy or Naples or Venice or Denmark but they weren’t costumed or scenically designed to be in those actual locations. You could have someone doing Julius Caesar in Elizabethan garb but you’re supposed to be playing Julius Caesar who lived long ago so for us so what about this play speaks to who we are now? When you look at Much Ado About Nothing, one of the themes is gender—what does it mean to be a man, what does it mean to be a woman, what are the downfalls of being a man, what are the downfalls of being a woman? This theme keeps coming back over and over again and those are themes that we’re dealing with now, not only in that way but also in what does sexuality even mean now? What does gender even mean? Are you a she, do you identify as a he, or as a they, or do you prefer not to identify? What we’re dealing with socially is gender fluidity so it deals with that. One of the relationships is a same sex relationship and that’s obviously something that we see everyday now, we see people in same sex relationships getting married. In the play, Claudio does this terrible thing to Hero and, going back to the gender thing, there’s this assumption that this is only something that a man would do to a woman but the reality of the world is that woman do that to woman, men do that do men, people who are non-binary do that to each other, so actually maybe what the play is partly talking about is that maybe it’s Much Ado About Gender, that actually gender doesn’t really matter, that it’s actually about who we are as human that we inevitably do these things and they aren’t specific to gender. Maybe our behaviors are not specific to gender. That was interesting to me and that’s part of why I did that.

"As far as the music is concerned, we do some little sections of covers of Beyonce and Miley Cyrus and Amy Winehouse, and we also have some original music in there as well. Again, i just feel like in Elizabethan times they were doing Elizabethan music, were they doing the same exact music as the Romans were doing in Julius Caesar? I don’t think so, I think they were using contemporary music to help tell this story and use the distance of the Roman Empire or the Greek Empire to save themselves the politics of being of being censored or put in jail by the regime."

The Actors' Shakespeare Projects production of Much Ado About Nothing runs through May 6 at the Multicultural Center in Cambridge.

Click here to buy tickets to Much Ado About Nothing!